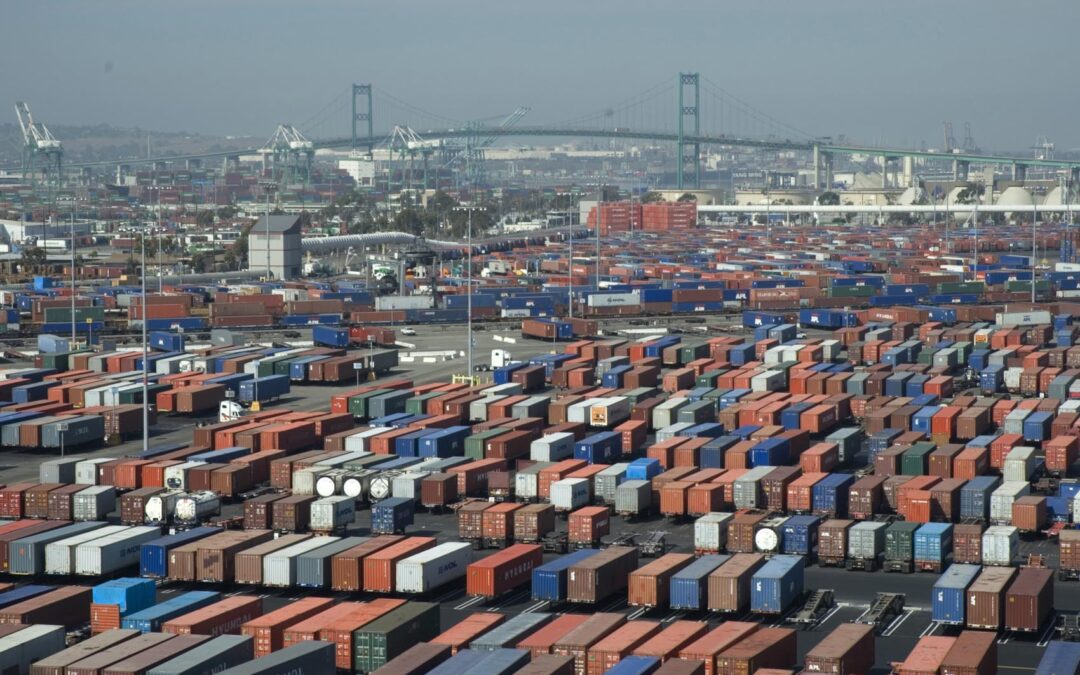 Very interesting article published by Supply Chain Dive regarding the container positioning of the last year and how it has impacted the US exporters. Read on to learn more.

Imports surged, and so did the need for containers. To keep up with demand, ocean carriers prioritized shipments out of Asia for U.S. or European imports. This led to an uptick in empty containers leaving U.S. ocean ports as carriers didn’t wait for U.S. exporters to load their goods and instead prioritized more profitable businesses in Asia.

“Any empty container [ocean carriers] get, they want to bring back to Asia as fast as they can,” Agriculture Transportation Coalition Executive Director Peter Friedmann said in an interview at the end of 2020.

The issue has continued into 2021, according to Port of Los Angeles Executive Director Gene Seroka, who said the imbalance of containers started in March 2020 when empty containers began to pile up at the port due to blank sailings. MSC and Maersk used sweeper ships to help reposition the containers to Asia as factories in China began to reopen.

“What we have seen since then, is that some have focused on getting those empties back [to Asia] as quick as possible because it cuts down the overall transit time compared to an export,” Seroka said.

In fact, there are signs the market is making it even more difficult for U.S. exporters to access equipment.

“It’s actually gotten worse, some carriers are currently shipping over 75% of their containers empty back to Asia to make sure they get there faster,” Flexport VP of Ocean Freight Nerijus Poskus said in an email.

The result is that exporters are still struggling to find equipment, though some have suggested the network could find balance as early as next month.

An ocean carrier will make more from transporting a loaded export compared to an empty in terms of that single transaction. But when the market is tight, a carrier is thinking about more than a single transaction, considering variables like the dwell for that container and how long it will take to get it back. When all this is considered, it can make more sense for carriers to prioritize empty containers over full exports.

“Think about how long a container stays within the supply chain and how much money it earns when it’s in that supply chain,” OEC Group President Anthony Fullbrook said in an interview. OEC Group is a freight forwarder headquartered in Taiwan.

And if a carrier does provide a container to a U.S. agricultural exporter, it might make $300 from Los Angeles to Shanghai. But it’s not as much about the income as it is the time the container will be tied up with the shipper. The container will have a month of free time once it arrives in Asia. So that is a month where the container can be tied up in addition to the two weeks of transit time, Fullbrook said.

If a container is empty, though, that month of free time isn’t a concern.

“If you ship that container back empty, it arrives in two weeks’ time and [the carrier] can put that container straight into … available export inventory,” he said.

The empty container issue is especially acute for rural, inland exporters. In order to get containers, agricultural exporters generally sign a year-long contract with ocean carriers that outlines how much cargo they plan to move and a container commitment on the side of the carrier, Friedmann said.

Inland exporters rely on rail networks to move containers that have been emptied of consumer goods at hubs like Dallas or Chicago to then move to states like South Dakota or Iowa.

The cost to reposition an empty container from major hubs like Los Angeles or Chicago to more rural locations can be “very expensive and time-consuming,” Seroka said.

Friedmann noted carriers can be “generally reluctant” to reposition, citing the same reasons as Seroka.

Carriers could pass the repositioning cost along to the exporter, but tight freight markets could make those costs prohibitive for shippers.

The result of the agriculture industry’s inability to get containers has been a decline in exports at ports across the country.

And its not just agriculture — exports in the U.S. were down across all six commodity categories reported by the Census. Overall exports fell more than 6% YoY in November, according to figures from the Census.

Friedmann said this issue has resulted in lost sales for the agricultural industry. Even commodities like hay that might not necessarily be perishable are still time-sensitive as it’s used to feed animals, so buyers will look for alternative suppliers if there are delays, he said.

Importers see an uptick in rates, hold onto containers

As exporters struggled to find equipment, conditions on the other side of the Pacific have been difficult, too. The Container Availability Index for Shanghai from Container xChange has been below 0.5 since the last week of September — any reading below 0.5 indicates a deficit.

The same index shows conditions improving on the U.S. West Coast with levels above 0.5 for all of 2021 thus far, but with a tight supply in Asia, this means the conditions are still at a point where carriers are prioritizing moves back to Asia rather than U.S. exporters.

And how importers use their containers is tying up equipment, adding to the availability issues. With warehouse utilization reaching high levels at the end of 2020, shippers sought places to store inventory. One option was shipping containers.

The demand for shipping and containers is also making it more expensive to book out of Asia with rates increasing 182% YoY between China and the U.S. West Coast as of Jan. 29, according to Freightos.

This uptick in prices has taken away one of the alternatives for shippers that couldn’t find 40-foot containers — 20-foot containers. There was a glut of 20-foot containers available at one point during 2020, but as prices have gone up on lanes around the world, the equipment has been hard to come by regardless of size, Fullbrook said.

The Federal Maritime Commission has received informal complaints from many shippers about difficulties in the current market, multiple commissioners told Supply Chain Dive in interviews over the last two months.

“Empty repositioning of containers has — since I’ve been at the Federal Maritime Commission — been a problem, and it ebbs and flows,” FMC Commissioner Rebecca Dye said.

Dye has since met with executives from multiple ocean carriers to discuss the issue. And two of her fellow commissioners warned the ocean carrier industry that denying empty containers to exporters could violate the Shipping Act.

At the end of 2020, Dye said the FMC was still gathering information on the situation. The agency expanded its investigation into the pandemic’s impact on shipping to look at the container issue.

“I expect this situation to start improving after Chinese New Year,” Poskus said.

Carriers have invested in new equipment, and container manufacturers are reportedly working at full capacity, but ensuring this equipment gets to the right place to rebalance the network could take some time, he said in a webinar in January.

In the meantime, Maersk is pushing its service, Maersk Spot, which guarantees space and equipment, but at spot rather than contract rates.

“It’s not something you can fix very quickly,” Fullbrook said, noting that many of the ships on the charter market that might be used to rebalance container networks are already in use. “It’s not easy for them to reposition all the equipment to get the supply chain back into sync … I would expect it to continue into March and April.”