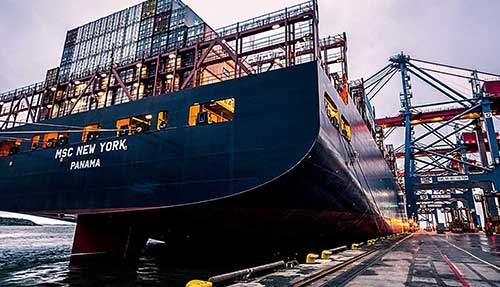 Below is important news originally posted on The Washington Post. There is new information coming from the White House as of September 1, the US will be putting an additional Tariff of 10% on the remaining 300 billion dollars of goods and products coming from China into the US.

President Trump unexpectedly announced on Thursday that he will impose new tariffs on $300 billion worth of Chinese imports, effectively taxing every product that Americans buy from China.

The White House said on Wednesday that China had confirmed plans to make large purchases of American farm products in a bid to revive negotiations that had collapsed in early May with U.S. officials accusing China of reneging on a nearly-complete deal.

“The U.S. will start, on September 1, putting a small additional Tariff of 10% on the remaining 300 Billion Dollars of goods and products coming from China into our Country. This does not include the 250 Billion Dollars already Tariffed at 25%,” the president tweeted.

Stocks fell sharply as investors digested the latest tariff salvo, with the Dow Jones industrial average shedding about 300 points within minutes. Stocks had started the day up significantly as Wall Street traders grew optimistic about another rate cut from the Federal Reserve.

White House officials in recent days had appeared satisfied with the slow pace of the China talks. Trump said last week and this week that China likely wouldn’t agree to a trade deal until after the 2020 elections, in part because Beijing would want to see whether he was reelected.

In a Tuesday tweet, he wrote that he would be much tougher with China if Beijing waited until after the election, and he also raised the possibility that he might never agree to a deal.

White House officials had hoped that the Federal Reserve this year would spur economic growth with a series of interest rate cuts and some were disappointed by mixed signals Wednesday from the central bank.

A number of economists and U.S. political figures have said that Trump’s trade war was becoming a more serious drag on growth. Business investment in the second quarter fell by 0.6 percent, its worst performance in more than three years, and Fed Chairman Jerome Powell on Wednesday cited uncertainty over trade policy as contributing to weaker global growth.

In an interview with BBC, Gary Cohn, former National Economic Council director, said that “everyone loses in a trade war.” Constant uncertainty about tariffs stops businesses from investing, he said, while the import levies drive up the cost of importing crucial products from China, negating the intended benefits of Trump’s tax cuts.

“When you build plant equipment, you’re buying steel, you’re buying aluminum, you’re buying imported products and then we put tariffs on those, so literally the tax incentive we gave you with one hand was taken away with the other hand,” Cohn said.