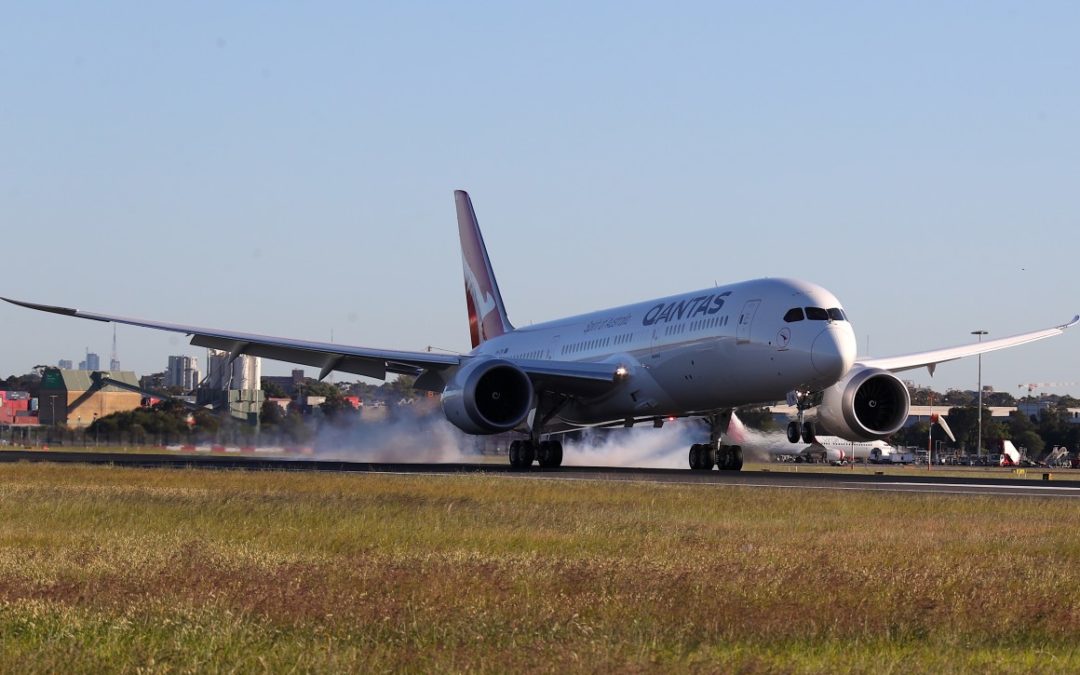 Did you hear the airline, Qantas is testing a direct flight from New York to Sydney? Great coverage about this service from newatlas.com.

If you’re somebody that gets a bit restless on a regular long-haul flight, then wait until you see what Qantas has in mind for the future of international travel. The Australian airline has just completed a test for the longest commercial flight in aviation history, covering the entire journey between New York and Sydney in one 19-hour marathon leg.

In terms of international flights, Qantas has notched up some impressive milestones of late. It has recently pioneered the first flights from Australia’s west coast to London, and also kicked off non-stop flights between Sydney and Dallas/Fort Worth in the US. The latest is part of Qantas’ Project Sunrise, a research venture hoped to advance aviation technology so that non-stop flights from Australia’s east coast to London and New York also become a possibility.

The test flight was completed in a new Boeing 787-9, which re-routed its empty delivery flight from Seattle to carry a total of 49 passengers and crew over the 16,200 km (10,066 mi) journey between the Big Apple and Sydney.

The journey took 19 hours and 16 minutes in all, and being an experimental test flight Qantas collected a range of data on the people onboard. This included monitoring melatonin levels, alertness and also the brainwaves of the pilots, while the passengers were also treated (or subjected) to exercise classes. Lighting and meal times were also tweaked in a bid to lessen jet lag.

“Night flights usually start with dinner and then lights off,” says Qantas CEO Alan Joyce. “For this flight, we started with lunch and kept the lights on for the first six hours, to match the time of day at our destination. It means you start reducing the jet lag straight away.”

The regular Qantas flight between New York and Sydney with one stop along the way takes 22 hours and 20 minutes, meaning that by doing it without having to touch down, Qantas shaved a good three hours off the travel time.

“What’s already clear is how much time you can save,” says Joyce. “Our regular, one-stop New York to Sydney service took off three hours before our direct flight but we arrived a few minutes ahead of it, meaning we saved a significant amount of total travel time by not having to stop.”

Qantas is working with medical researchers and scientists from Australia’s Charles Perkins Centre and Monash University to make sense of the in-flight data. The results will guide the crew rostering and customer service for future ultra long-haul flights, while two more are planned for the coming months – London to Sydney in November and then New York to Sydney again in December.