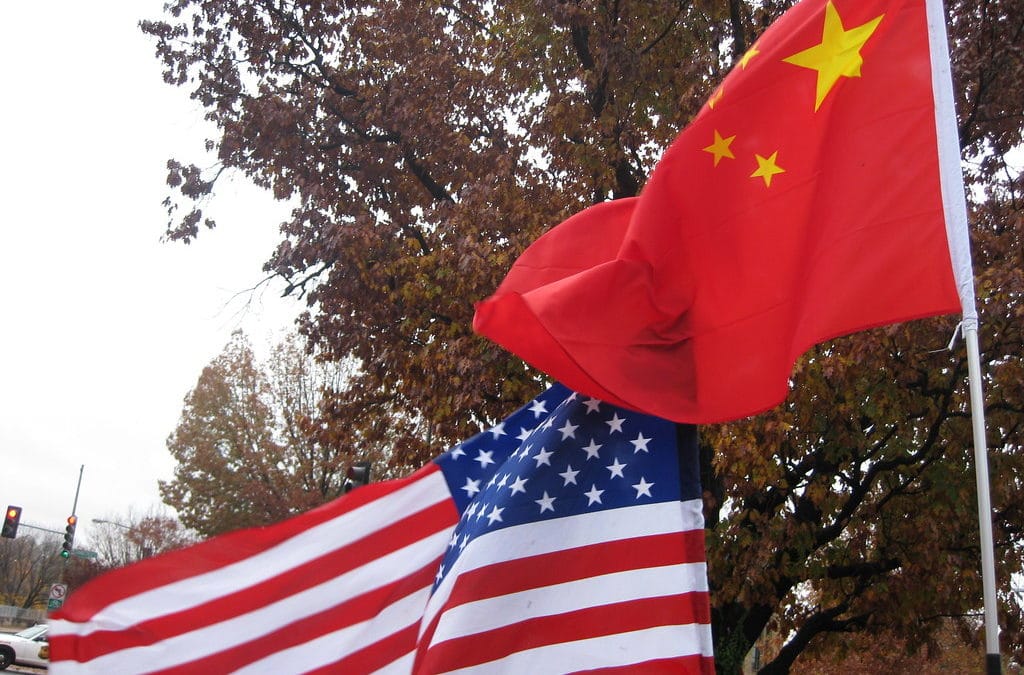 Could the end of some of these high tariff rates between China and USA be coming to an end? China says the are coming closer to an agreement, but nothing has been stated by USA to confirm or deny these claims from China. Read on to see the latest on this topic.

TARIFFS THAT FOR MONTHS have made trade more expensive between the world’s two largest economies appear to be on their way out the door, provided negotiators from the U.S. and China finalize a partial trade deal in the coming weeks.

A spokesman for China’s Commerce Ministry on Thursday indicated that the U.S. and China would implement a “phased cancellation” of some recent tariff hikes if trade talks continue to progress. The move would simultaneously reduce barriers erected in recent months while President Donald Trump‘s administration exchanged tariff salvos with officials under Chinese President Xi Jinping.

The U.S. did not immediately confirm the reports of a de-escalation, though the Chinese have indicated that their relaxing of current duties hinges on the U.S. doing the same.

Investors on Wall Street welcomed a possible return to normalcy for American and Chinese businesses, as Standard and Poor’s 500 and Dow Jones Industrial Average futures jumped in response to the news out of China. Both indexes enjoyed a strong opening Thursday in what is shaping up to be another record-setting day for U.S. stocks.

Stocks shot to record highs on Monday after Commerce Secretary Wilbur Ross hinted that the U.S. and China were making progress and even discussing possible locations for Trump and Xi to sign a formal accord.

“A lot of analysts have been skeptical regarding the trade deal with China in the wake of the developments of the past few weeks, since the two sides failed to sign a formal agreement, but something changed towards the end of last week,” Ken Berman, founder, CEO and trading strategist at Gorilla Trades investment company, wrote in a research note earlier this week, highlighting several days of “positive reports both from Washington and Beijing” on the trade front.

Trump had previously hinted that he and Xi would sign a “phase one” agreement in Chile during a planned Asia-Pacific Economic Cooperation summit, but that event was later canceled. Ross said over the weekend that U.S. officials were considering Alaska, Hawaii and Iowa as possible options, though he acknowledged that Chinese officials may have their own suggestions.

Reuters reported on Wednesday that Trump and Xi may sign the agreement following a NATO gathering in London, which would push the accord’s finalization into December. Ross and Chinese officials have separately acknowledged they still have ground to cover in their phase one deal.

Trump has estimated the deal that is currently under consideration will cover roughly 60% of what his administration hopes will be a phased series of smaller trade agreements and will not be a large, all-encompassing pact. This first phase of the agreement is not expected to cover highly contentious issues such as allegations of Chinese intellectual property theft.

But reports over the last few weeks out of China suggest there is some skepticism in Beijing that a long-term deal with Trump’s administration will be possible. And the U.S. has yet to back down from its threat to lift tariffs on Chinese products even higher. Those outstanding duties are expected to take effect in mid-December, though the Trump administration has hinted that it will scrap them if a deal is finalized beforehand.[

Still, the two sides appear to be extending olive branches as trade talks advance. The Trump administration is expected to soon issue licenses for U.S. companies to resume business with Chinese technology company Huawei. And China this week cracked down on nationals accused of smuggling fentanyl into the U.S. Trump has consistently railed against Chinese drug flows during his ongoing dispute with Beijing.